The IZdigital collects and coordinates the diverse range of digital courses offered by the Faculty of Philosophy and the Department of Theology and bundles them each semester in a course catalogue. In addition to individual courses of various subjects dedicated to topics, contents and methods of digital humanities and social sciences, members of the IZdigital also hold cooperative courses on a regular basis.

UnivIS - Information System of the FAU 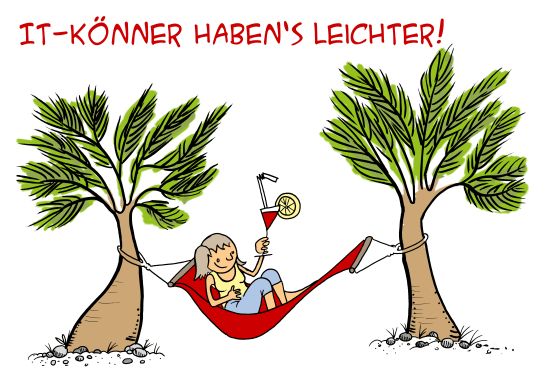 Under the motto “IT experts have it easier”, the training centre of the Regional Computer Centre Erlangen (RRZE) offers a wide range of practical courses to acquire key IT qualifications for studies, internships and careers. Courses are offered for the MS Office package (e.g. Word, Excel, Access), but also for LaTeX, SPSS and for graphics, design and web. The courses are published four times a year. You can find the current course offer at https://www.kurse.rrze.fau.de/kursangebot

SCRIPTO is a “univiersitarian programme for graduates with a research focus on the Middle Ages and Early Modern Period” at the FAU in cooperation with the BSB in Munich, the City Library in Nuremberg and the Herzog August Library in Wolfenbüttel, which combines research and teaching within the framework of a course. As a module, “SCRIPTO ditital” offers an introduction to XML and TEI as well as to the digitisation of manuscripts.

Further information: Homepage of the Institute for Ancient Languages: Latin Philology of the Middle Ages and Modern Times

In this two-part course, students will be introduced to the field of computer vision (especially 3D reconstruction), with particular emphasis on applications in practical problems. The focus is on augmented reality and image-based rendering.

Leading program and registration modalities on the homepage of the VHB

The aim of the course is to bring the students closer to the field of computer vision (especially 3D reconstruction), whereby the applications in practical problems will be dealt with. The focus is on augmented reality and image-based rendering.

The second part of the course focuses on algorithms for 3D reconstruction from image sequences. Two basic methods for the calculation of structure from motion are explained, namely factorization methods and differential methods. The last two chapters of the course deal with image-based rendering and augmented reality applications that require 3D reconstruction as discussed in the previous chapters.

The present course is based on a basic IT education in order to make students of language, literature and media sciences fit for IT requirements in their studies and profession by means of basic knowledge as well as practical application cases and exercises.

The focus is on effective work, the promotion of problem solving skills (also by means of targeted Internet research) and the development of a routine storage behaviour as well as program control and knowledge of concrete work processes in the relevant areas, text, image, presentation, table, sound and film.

Computer science finds a lot of application in various areas of our daily life. Without computer science there would be no Internet, no digital photography or even smartphones. Behind computer science are processes that require a certain technological know-how and understanding.

In the course you will learn exactly this knowledge by means of basic knowledge. The applications with the main focus on the structure and functionality of the Internet are strongly oriented towards the humanities and social sciences.

The computer science content is taught on a low-threshold level in order to provide an introduction for students from the humanities and social sciences who have no affinity with computer science. The course is based on three pillars:

The aim of the course is to develop the necessary skills in understanding and using the Internet for humanities and social sciences. The aim is to prepare students for a goal-oriented and effective use of digital techniques in their subject.

The following competences are taught:

The course catalogue will soon be available for download. We apologize for any delays.

We hope you enjoy reading it!

Wrestling Lecture “Perspectives of the Digital Humanities and Social Sciences”

“Is the digitalization of the humanities finally beginning?” This question, recently asked in the Süddeutsche Zeitung, must be answered by the fact that the process of digitising the humanities, social sciences and cultural studies has progressed so far since the first beginnings in the 1960s that it has given rise to a new field of science in its own right. The scientific community around the world is struggling to define “digital humanities”; chairs and courses of study have established the term in the university landscape.
In the series of lectures, various positions and perspectives will be put up for discussion and individual projects from the fields of digital humanities and social sciences will be presented. The speakers provide insights into the breadth of international research and into current scientific discourses.
With the internationally staffed lecture series, the Interdisciplinary Centre for Digital Humanities and Social Sciences, established in 2014, will introduce itself to the FAU and the interested public in the winter semester 14/15 (www.izdigital.fau.de). Renowned experts will discuss various aspects and perspectives in the two central topic areas of the new interdisciplinary center: